Bloomberg is setting the bar high on new office space in London. Expected to be completed by 2017, Bloomberg’s new HQ sits on 3.2 acres in Walbrook Square in the City of London. The new HQ will have 500,000 square feet of office space, a 250-seat theater, 18 restaurants, 4600 desk spaces, two public spaces and a new Bank.

This is currently the largest development project taking place in the City of London. In order to respect the height of the surrounding buildings and their sightlines towards St. Paul’s Cathedral, they decided to build two eight story buildings rather than one large tower. 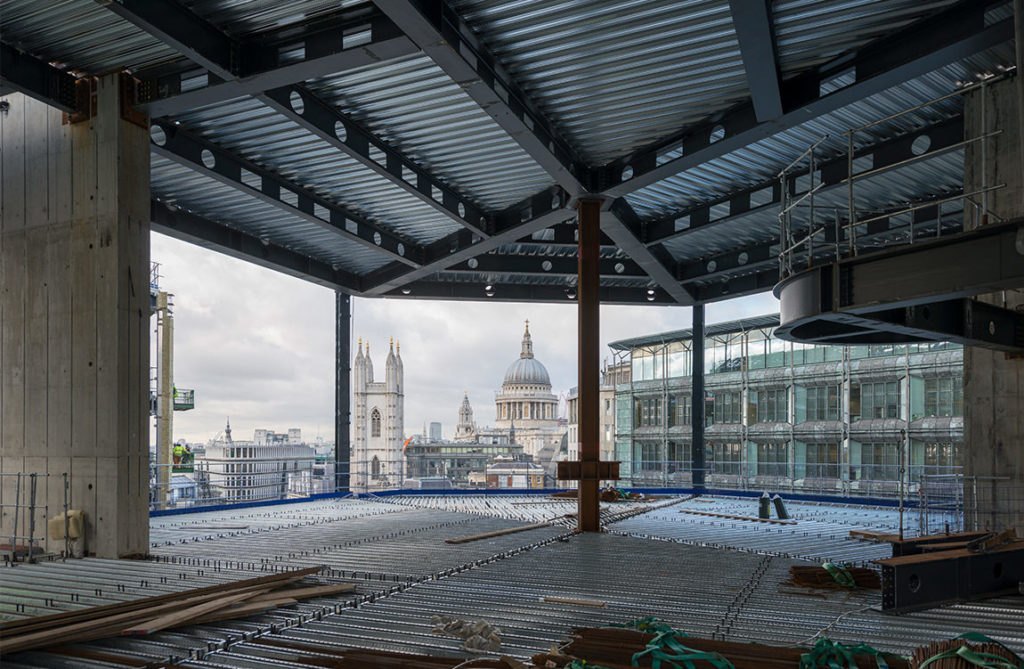 More pictures and facts can be found on Bloomberg London’s website.