A few weeks ago, we posted a blog that discussed the disadvantages of the now popular, open office concept work environment. The blog got a fair amount of attention and one reader asked that we provide some statistics on the findings, rather than summarizing reported opinions. Today’s blog reports on some of the many studies and statistics out there regarding this workplace trend.

To be fair, and to reiterate the point made in our first blog post (what is most important is that a company’s workspace reflect the culture and employee base of their company, rather than a design trend), we will first present the advantages of the open-office.

Perhaps the best way to start this section is by citing a new study of more than 40,000 American office workers, that reports that there is no evidence that open plan spaces offer any benefits.

One of the biggest issues that is the problem of sound privacy. A 2013 study found that nearly 50% of those polled stated that sound privacy was a significant problem.  The study found that many workers are frustrated by the noise distractions, which leads to poorer work performance. In the same study, more than 30% complained about the lack of visual privacy. “Ease of interaction” with colleagues, a key problem thought to be addressed by the open-concept office environment was cited as a problem by fewer than 10% of workers in any type of office setting. In a previous study, researchers concluded that “the loss of productivity due to noise distraction…was doubled in open-plan offices compared to private offices.

A study of over 2,000 Danish workers found that occupants in an open office plan had 62% more days of sickness absence compared to those in regular offices.

A 2013 Workplace Survey indicates that choice and autonomy drive employee happiness and motivation and performance. 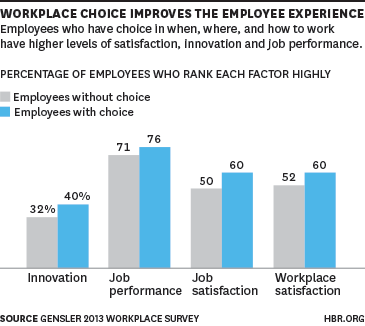 The point is that there are pros and cons to this popular trend. Business owners are understanding more and more that when designing a new office space, the best thing they can do is to take a hard look at the company culture and design a space that fits the company’s needs. When an organization undergoes major change, like a change in office environments, it will take some time for the employee base to adjust and organizations should do what they can to facilitate that adjustment.