We’re excited for week three of our Summer Long Weekend Guides! If you’re heading south this summer, try to squeeze some of these spots into your travel itineraries. 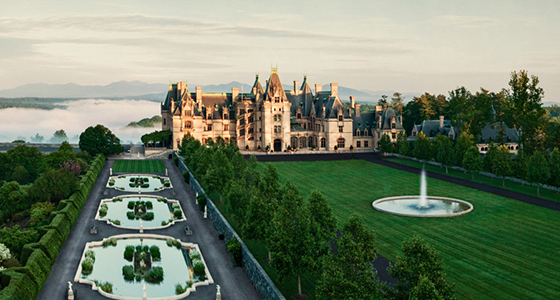 While Miami has many claims to fame, Vizcaya is one that you may not have heard about before.  Vizcaya was the winter residence of Deering McCormick-International Harvester owner and millionaire, James Deering. The house was building in 1916 for a total of $26 million. Sitting on 180 acres of mangrove swamp and tropical forest, the house is known for bringing Mediterranean and European architectural styles to the Florida coast.

We featured another one of Frank Lloyd Wright’s masterpieces in last week’s post, but his Spring House in Tallahassee, FL is too good to not make our list. Wright designed this house for George and Clifton Lewis who told him that they “have a lot of children and not much money.” The result is an unconventional, pod-shaped house that is described as being part of Wright’s brief “hemicycle” period. Its curved sides appear like a ship’s prow pressing forward.

The Whitney Plantation is about an hour’s drive from New Orleans, LA. The plantation was the first museum in the United States and is dedicated to telling the story of slavery. The architecturally significant grand French Creole mansion sits among a collection of slave cabins, artwork and a granite memorial etched with the names of 107,000 slaves who were forcibly brought to the state before 1820.

Klyde Warren Park serves as a central gathering space for Dallas, TX. This 5.2 acre deck park bridges the vibrant Uptown neighborhood with the Dallas Arts District and Downtown. The park was built over the recessed Woodall Rodgers Freeway. It is a highly active space, with daily free programming for the public.