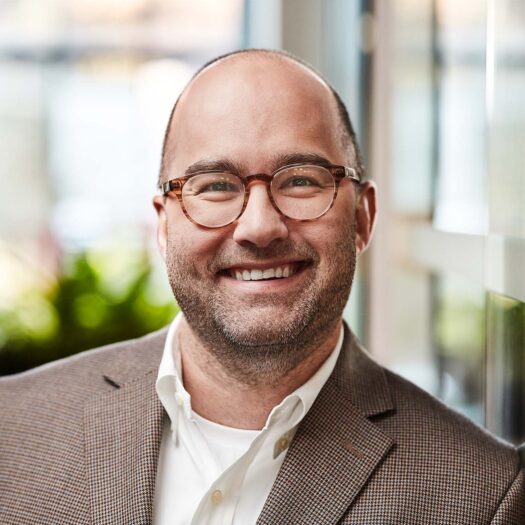 Since joining the firm in 2010, Caitlyn Helsen has grown from Project Coordinator to one of Watchdog’s leaders, not only in its culture but as a project management professional. Throughout her tenure with the firm, Caitlyn has managed some of Watchdog’s largest scale projects in the corporate, life science, and non-profit sectors. As a leader in the organization, Caitlyn has led multiple internal committees, including the Community Engagement Committee and Toolbox Committee, spearheaded internal initiatives, and serves as a mentor to Watchdog’s project management staff. Caitlyn has played a key role in projects for clients such as FMC, Berger Montague, and multiple Fortune 500 Clients.

Ryan Alligood started with Watchdog in 2005 as a Project Coordinator. Over the course of his tenure with the firm, he has established himself as a leader of the organization and truly embodies its mission, vision, and core values. As a Director at Watchdog, Ryan has managed projects ranging from 10,000 square foot interior fit outs to 1.5 million square foot corporate campuses from early conception through project completion and closeout. With vast experience in the corporate sector, Ryan is responsible for overall project planning and scheduling while serving as a mentor to Watchdog’s project management staff. He has earned his Project Management Professional (PMP) Certification, LEED AP Professional Certification.

Camden Cowan has served Watchdog’s clients in multiple locations across the United States and Canada. As an Associate with the firm, Camden has continually demonstrated his leadership abilities while managing large corporate accounts such as Uber and a Large Financial Services Organization, headquartered in Philadelphia’s suburbs. Throughout his tenure with Watchdog, Camden has placed a distinct focus on professional development by attaining his Project Management Professional (PMP) Certification, earning his Masters in Project Management from Pennsylvania State University, and achieving LEED AP ID+C Certification from the LEED Green Council.

Catherine Duffy brings a unique vantage point to her clients throughout a project or rollout initiative life cycle. As a Professional Engineer, specializing in cost estimating, Catherine has served as the lead estimator for some of the largest construction management companies in the country and prides herself on her ability to provide accurate, detailed estimates which limit risks for her clients. As a Director at Watchdog, Catherine has served as the single point of contact and account manager for Compass, as the organization undergoes its nationwide rollout of over 100 locations. Catherine oversaw all facets of this initiative including staffing allocations, portfolio budget, and portfolio schedule. Catherine earned her Bachelors of Science in Mechanical Engineering from Villanova University.

Dodie L. Williams guides Watchdog’s project management staff in the corporate sector. With nearly two decades of experience in the industry, Dodie has implemented projects for clients across the nation. Throughout her tenure with Watchdog, Dodie has worked with organization’s such as BakerHostetler, The Wharton School, Cooke & Bieler, and SpencerStuart amongst others. Having a strong presence in the industry, Dodie continues to strengthen the brand in the marketplace, acting as an ambassador for the organization. As a leader in the firm, she provides extensive guidance and mentoring to the firm’s project management team.

It goes without saying that the most valuable part of any project is people. Without competent, enthusiastic, and committed individuals at the helm, even the best-laid plans can go awry. Things to Consider During Site Selection A Quick Guide to the RFP Process The Importance of Value Engineering in Your Project

Looking for help with your next project?
Let’s talk